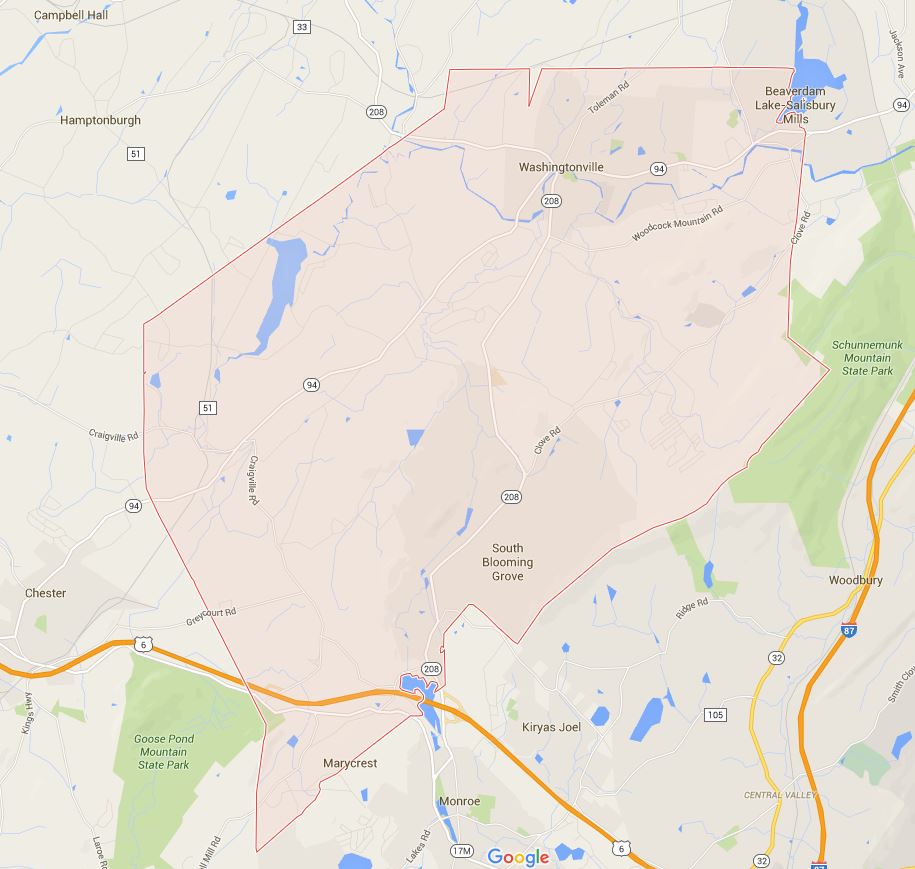 Renting makes no sense when you can own this 1st floor 1 bedroom unit in highly desirable Cornwall. This lovingly maintained unit in Cornwall Manor is a absolute gem! S...

This immaculate home offers the perfect combination of yesterday's charm and today's modern conveniences. From the inviting rocking chair front porch to the beautiful har...

This five-level Cornwall contemporary has breathtaking views north to the Newburgh Bay & from the penthouse aerie, you can see Bannerman & Anthony's Nose. A prime Village...

Want privacy but easy access to the heart of Town? Well take a look at this comfortable home tucked back off the road, that provides all that you want in a home! This 4 b...

This colonial sits at the end of a long driveway, huge front lawn and private wooded area that makes for a perfect combo property. All the rooms in this home are perfect ...

HEAT INCLUDED!!! Check out this 2 Bedroom, 1 Bathroom Co-Op nestled in the Town of Cornwall and in the Cornwall Central School District. This unit is a short drive to the...

This well thought out custom built home has it all! Located in the heart of Cornwall, this house will exceed your expectations with all of its amenities. The bright and s...

Luxurious home in the Town of Cornwall, tucked away on 5.3 private acres yet only minutes to town and 45 minutes to NYC. Working from home could not be easier or more com...

Sweet Contemporary located close to everything! Architectural details only enhance this home's functionality from renowned architect Charles P. Winter. Step beyond the ...

Cornwall on Hudson 2805sqft SPRAWLING Ranch on over half an acre at end of the culdesac in the highly desirable Weeks Estates. This 3 bedroom 2.5 bath was the original bu...

ONE FLOOR LIVING IN This 2 Bedroom Ranch is a great starter house or perfect for downsizing. Fieldstone working fireplace in Living Room. Hardwood floors throughout hous...

This is a delightful home where artistic design elements abound in a creative but not overly personalized fashion. The main living area has been opened up to help you enj...

Amazing Center Hall Colonial in Cornwall! This immaculate 4 bedroom, 2.5 bath gem boasts over 2800 total sq ft and is located on a quiet cul-de-sac in the highly desired ...

WILL NOT LAST!!! Charming Village of Cornwall on Hudson home. Meticulously renovated in 2014-2016 to reflect modern amenities while maintaining its original character. H...

THIS METICULOUS COLONIAL/CAPECOD HAS EVERYTHING YOU COULD POSSIBLY WANT AND MORE! From the minute you walk in off the rocking chair front porch, you will fall in love wit...

A charming home, in a charming neighborhood in a charming Village! This vintage Cape Cod home has all the charm of yeterday but with many updated touches! Upon entry, are...

Pristine newer build home in Stone Hollow subdivision. Exquisitely located at the end of the cul-d-sac, this Colonial sits on .73 acres surrounded by wooded privacy with ...

VILLAGE LIVING-CORNWALL SCHOOLS!! Take a look at this vintage 3 bedroom, 1 bath Two-Story home on a corner lot nestled in the heart of Cornwall. This home is centrally lo...

Located in a cul-de-sac this home offers it all. Including the full finished walk out basement this home as over 4200 sq. ft of living space. The office/den on the firs...

This property is where dreams are built! Incredible lot waiting for a builder to subdivide into 2 properties. With over 4 acres, this lot has the potential to be your nex...

This well maintained multigenerational home. Featuring 4 bedrooms, 3 baths with 2 kitchens, a back deck and an additional deck to an above ground pool, and situated on .9...

This waterfront home has one acre of property with breathtaking views on the private Beaverdam Lake. Enjoy a complete view of the entire lake in your own backyard from yo...

Looking for NEW CONSTRUCTION? Looking for CORNWALL SCHOOLS? Looking to be settled WITHIN 2-3 MONTHS? DON'T LOOK ANY FURTHER. WE HAVE WHAT YOU ARE LOOKING FOR!!! Situated ...

Incredible Cornwall Colonial with MOUNTAIN VIEWS! This 3 bedroom, 2 bath masterpiece has been completely renovated and is located in a private and peaceful setting. The m...

Wonderful opportunity to live in a single-level ranch on 3.7 wooded acres adjacent to a stream, while still being close to schools, the Village of Cornwall, Storm King, t...

FULLY AVAILABLE. Spacious Cornwall ranch on an acre lot, just minutes from town! 3 bedrooms, with an office that could easily be a 4th bedroom! This is your dream kitche...

*OLD HOUSE LOVERS* The Samuel Brooks House one of Mountainville's original farms and a true gem on the National Register of Historic Houses. Rarely does a home like this ...

Resting in a picturesque half acre is this charming home. The single family cape-cod boasts a spacious layout and tasteful renovations. The main floor showcases a spaci...

Fantastic 7,252 square foot 2-section office suitable for a corporate occupant. Custom built & designed, the current owner has retired & is offering this building at a fr...

This 1.5 acre of land is located near the end of Frost Lane that is a dead end street. Town water is available at Frost Lane, no sewer. You will have to get all approval...

This is a nice 1 acre lot in the very desirable Town Of Cornwall. There is also another adjoining 1 acre lot for sale. Owner wants all offers to be presented. OWNER ...

NEW CONSTRUCTION IN CORNWALL WITHIN WALKING DISTANCE TO EVERYTHING THIS DESIRABLE TOWN HAS TO OFFER!! Reputable local builder Burns & Whalen will be building this 2530sf...

Over 18 acres in the highly sought after Cornwall School District with 2 bedroom/1 bath residence and outbuilding. Build your dream estate to its true potential. Close to...

This is BUSINESS ONLY of a well established locally owned Jewelry store which has been located in Cornwall for 40 years (20 years at this address). Store front is in a ve...

Cornwall is a town in Orange County, New York, USA. As of the 2010 census, the population was at 12,646. Located about 50 miles north of New York City on the western shore of the Hudson River, Cornwall has become a bedroom community for New York City. Commuter rail service is available via the Salisbury Mills-Cornwall train station, operated by NJ Transit, and several other nearby stations on Metro North Railroad. While the town is located less than an hour from the George Washington Bridge, major commuter routes like the New York State Thruway and the Palisades Parkway run nearby, but not through the heart of Cornwall.Cornwall's Main Street includes a co-op, gift shops, taverns, restaurants, coffeehouses, yoga studios and boutiques. Government offices, churches, parks, the riverfront, and St. Luke's Cornwall Hospital, a part of the NewYork-Presbyterian Healthcare System, are situated within walking distance of downtown. The town is a designated Tree City.