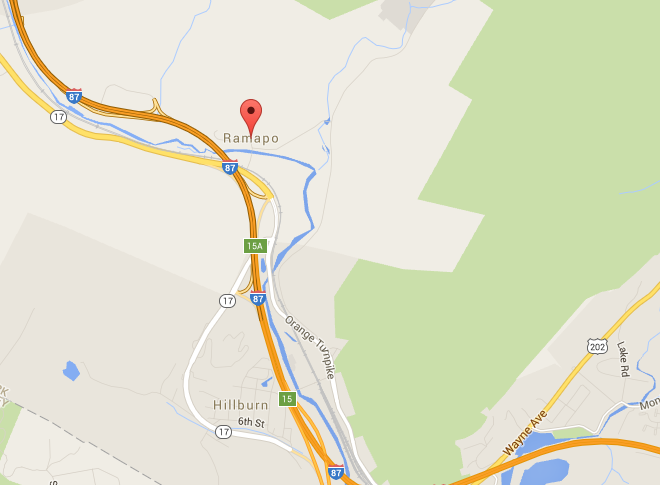 Close to everything!!! Beautiful high end upgraded 3 floor front unit townhouse, in hottest spot of spring valley. at the main floor you find a state of the art kitchen ...

What makes Bon Aire Park a desirable place to live is its beautiful location.This inviting second floor, 2 bedrooms, 1.5 bath co-op nestled on a quiet cul-de-sac in an at...

Sitting on 3/4 of an acre, discover this meticulously maintained and newly renovated ranch. With approximately 2,000 SF of finished space and another 300 SF possible, the...

At the beginning of a cul-de-sac, you'll discover this beautiful bi-level sitting on just under a half acre of perfectly level property. Evenly set back from the road, yo...

The Retreat at Airmont a 55+ community. Pride of ownership shows in this beautiful 1726 sq ft. Cranwell Model (largest model) move-in ready unit on the 2nd floor of a lux...

Welcome home to this charming 7bd/4ba home. This multifunctional house is perfect for those who are looking for a little more space! On the upper level you can find a sep...

This second floor co-op has an Eat in updated kitchen with newer wood flooring, granite counter tops, stainless steel appliances, cabinets and garbage disposal. There is...

Welcome to a beautiful raised ranch equipped with an eat in kitchen and granite countertops. located in a very nice quiet neighborhood walking distance to a great childre...

Important Historic home with ties to the revolutionary war. Located on a very beautiful street of historic homes in Sloatsburg NY and less than an hour to NYC. Sloatsbu...

A Must See!! Magnificent one of a kind stunning 4 bedroom , 3 Bath custom sprawling ranch with glorious living space in a highly desirable Neighborhood. Top of the line d...

PICTURE PERFECT. PRIDE OF OWNERSHIP EVIDENT INSIDE AND OUT. LOCATED ON A WIDE QUIET SUNNY SIDE STREET. THIS IMMACULATE COLONIAL SITS ON THE MOST PERFECT SETTING. COME ...

Cozy colonial ready for renovation to make it your own. Very private and yet in the middle of everything in Dexter Park! Amazing location. Come and see it anytime.

Large house available in Dexter Park! Close to everything and plenty of room for everyone in the family!. Extra large accessory apartment for the extended family! Come ...

Wonderful upper unit in Stonegate waiting for you! Light and bright with neutral carpeting throughout. Master bedroom with half bath and large closets also features a ...

CORNER UNIT!!! LAST ONE AVAILABLE. Wow! Don't miss this luxury style condominium built by one of Rockland's most prestigious builders. With attention to detail this unit ...

Welcome to the Meridian! This beautiful 2 bed, 2 bath condo in the heart of historic Suffern is not to be missed. This unit includes hardwood floors throughout, amazing k...

Historic 2.5-acre compound with guesthouse large garage, barn and swimming pool. The 8 bedroom main house with four fireplaces is beautifully sited to get light and views...

Unbeatable mid-construction opportunity located in the heart of Monsey! Create the home of your dreams on this 11,468 sqft lot. Fully approved plans available! Starting w...

Welcome Home! Situated in the tranquil neighborhood of Chestnut Ridge, this home is a sure winner. Home features wood granite Kitchen with stainless steel appliances, spa...

Welcome Home! Come view this large Charming Mid-Century Brick Home sitting on .68 acre of freshly landscaped property. With over 3,000 square feet of living space, this b...

This fabulous tri-level townhouse offers over 1600sqft of living space, with 3 bedrooms , 2.5 bathrooms and a finished basement. The first floor offers a spacious living...

Well maintained 2 Bedroom 1 Bath Ranch convenient to all. Enter this great home from the covered front porch into the large foyer. The Living Room has hardwood floors, ...

You will love this 13 bedroom meticulously maintained Mayfair style home conveniently located near shopping, great parks, hiking and more. You will be delighted with over...

LIVE THE VACATION LIFE ALL YEAR ROUND!! This SINGLE LEVEL, charming, and well appointed 3/4 Bedroom 2 Bath home is located on one of the most serene DOUBLE-CUL-DE SACS in...

Monsey! Luxury and practicality combined in one! Special opportunity to own this gorgeous piece of real estate! Palatial custom home set on magnificent private property w...

Beautiful 52 ft Bi-Level in the heart of Airmont designed with style and class. With over 2,700 sq ft of living space, this home offers a light & bright open floor with s...

WOW in Wesley Hills!! Set back from road a long private drive leads you to this stunning, PRIVATE, level 1 acre property featuring brand new construction to be built! Th...

Welcome home! Just what you've been waiting for! Cameo Ridge Neighborhood!! Extended 4 level split in pristine condition! With over 3000 square feet of living space, this...

ONE OF THE MOST BEAUTIFUL HOMES & BEST LOCATIONS IN SOUGHT AFTER MONTEBELLO PINES...On almost an acre of picturesque property, this well-appointed residence offers a magn...

BON AIRE co-op ready for you! Light and bright upper unit with newer neutral carpeting throughout. Updated bath with contemporary vanity, HUGE closets for all your stor...

WELCOME TO BLUEBERRY HILL CONDOMINIUM COMPLEX: This one Bedroom condo is located on Second Floor. Does have a balcony. Small Dining Area, Living Room. Laundry Area in th...

Peaceful living is found in this updated 4 bedroom home. You are welcomed by a stunning covered porch large enough for 2 rocking chairs and blooming flower pots. Once ind...

Come Grab This Rare Opportunity To Built Your Dream Home!! Property with Lots Of Potential! Prime location!! Possible to Build a School Building!!

Come Grab This Rare Opportunity To Built Your Dream Home On This Whooping 1.9 Acres!!! Property With Lots Of Potential!! Prime Location!! Possible to Build A School Build...

The VIRTUAL TOUR link for this listing contains an enormous amount of relevant information including a comprehensive video tour with hidden features & room dimensions, wr...

Sprawling ranch on a beautiful cul-de-sac in Montebello. Sitting pretty on an acre of land this home features over 3400 sq. ft of finished living space. Nice open foyer l...

Pomona! 3 bedroom ranch on flat property with inground pool. This house has a basement and a garage. Newer windows and refinished floors. House needs work.

One of A kind 4/5 BR, 3.5 bath contemporary colonial located in one of the most desirable neighborhoods of airmont, Bright and spacious eat-in-kitchen with sliding doors ...

Welcome to this spectacular Mountain retreat, just 30 miles from NYC. 3.1 acres, in the private lake community of Pine Grove Lakes, this custom-built home has all the ame...

Look no further, this charming ranch is the ideal starter home or downsizing, so much nicer than condo living. This home boasts kitchen with white cabinets, granite cou...

Come be amazed at this unique combo of privacy in condo living. With a great location and family friendly neighbors the top two floors of this corner unit are your privat...

If you are looking for the perfect opportunity in the village of Suffern with the Award Winning Schools (Suffern Central) stop looking and make an appointment. Convenien...

With the quick easy access to major highways/transportation, this quiet street offers an adorable Cape Cod that has been lovingly updated and freshly renovated! Enter int...

Beautifully renovated condo in a desirable community convenient for commuters. This home is located near bus routes, a short drive to the train station and major highway...

Display of MLS Data is usually deemed reliable but is NOT guaranteed accurate by the MLS. Buyers are responsible for verifying the accuracy of all information and should investigate the data themselves or retain appropriate professionals. Copyright 2021 OneKey All rights reserved.

Ramapo is a town in Rockland County, New York, United States. Ramapo, which means "Sweet Water", was formerly known as New Hempstead.[citation needed] As of the 2010 census, Ramapo had a total population of 126,595. If Ramapo were incorporated as a city, it would be the sixth-largest city in the state of New York.The city's name, recorded variously as Ramopuck, Ramapock, or Ramapough, is of Lenape origin, meaning either "sweet water" or "slanting rocks".The town is located south of Haverstraw and west of Clarkstown and Orangetown.The present-day town was originally inhabited by the Munsee, a band of the Lenape nation. Their descendants now live on Stag Hill in Mahwah, New Jersey, where they form the state-recognized Ramapo Lenape Nation.During the American Revolutionary War, Commander-in-Chief George Washington is said to have climbed the Ramapo Torne (near Sloatsburg) with a telescope to watch the July 24, 1777 sailing of the British fleet off Sandy Hook in New Jersey. General Washington and his troops set up an encampment in Suffern, in the west of Ramapo, due to its strategic location near a local mountain pass. In this encampment were two French soldiers, Jean-Baptiste Donatien de Vimeur, comte de Rochambeau and Gilbert du Motier, Marquis de Lafayette. The encampment was on the path to Yorktown, Virginia, where the final battle of the American Revolution took place.The Town of New Hempstead was formed from part of the Town of Haverstraw in 1791, eight years after the end of the Revolution. In 1829 the name was changed to Ramapo.

Average Commute time is 29 minutes. The National Average is 25 minutes.

Ramapo, New York, violent crime, on a scale from 1 (low crime) to 100, is 32. Violent crime is composed of four offenses: murder and nonnegligent manslaughter, forcible rape, robbery, and aggravated assault. The US average is 41.4.
Ramapo, New York, property crime, on a scale from 1 (low) to 100, is 20. Property crime includes the offenses of burglary, larceny-theft, motor vehicle theft, and arson. The object of the theft-type offenses is the taking of money or property, but there is no force or threat of force against the victims. The US average is 43.5.