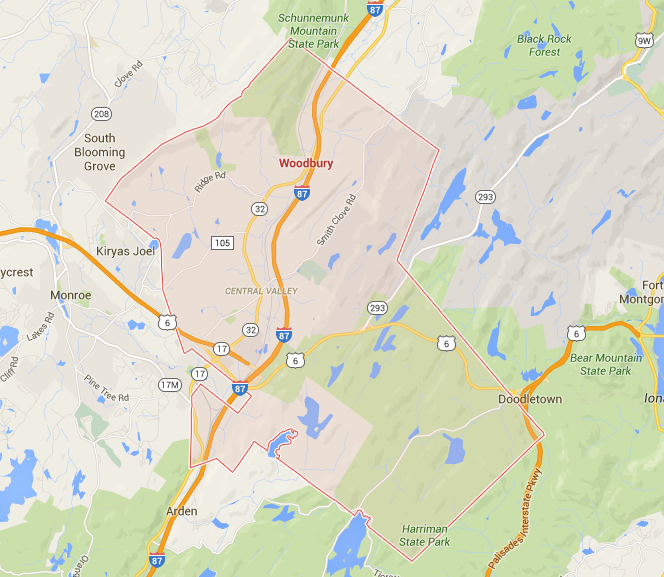 Welcome your golden age in a wonderful, brand new home in a gated 55+ community, nestled among scenic mountain views. Step inside this 1800 sqft Ranch with a 10 Ft ceilin...

Here's your chance to own an 85-room, fully-approved, 3-story nationally recognized hotel in Southern Orange County where there's a boom in business interest, development...

Welcome to a Great opportunity to own this charming spacious home. Upon entering you will be greeted with a cathedral ceiling. The formal living room with vaulted ceiling...

Welcome your golden age to a beautiful home in a gated 55+ community nestled among scenic mountain views. Step inside this colonial-style home boasting 1889 sqft beautifu...

This enormous end-unit Timber Ridge town house in the Monroe Woodbury school district has been renovated to become your dream home! With a second floor master suite, 3.5 ...

Welcome to amazing Woodbury Heights. This second floor end unit is located in the best location of the community. Overlooking a forever green area, it offers privacy w...

This spacious 4 bedroom, 2.5 bath colonial is centrally located to just about everything. This home sits on 1.1 acres and has a large deck as well as a patio which are...

3 bedroom 1.5 bathroom townhouse in Timber Ridge I. There is a monthly Homeowners Assoc. fee to cover water, snow removal, landscaping & Community Pool. This property is ...

Great opportunity to own this charming spacious home. Upon entering you will be greeted with a cathedral ceiling and open floor plan. The formal living room with vaulted ...

Prime location offering 4 bed, 2.5 baths on 1.2 acres. This centrally located home is in need of some updates. Bring your vision! There are 2 bedrooms that are great op...

offered to the public for the first time in over 80 years this historic estate offers so much more than the eyes can see. The expansive property is on both sides of rout...

Come Take over this 2,500 Sq ft Colonial With a 0.46 Acre Property In the town of Woodbury Property offering a total of 8 Rooms including 4 Beds & 3 Baths. Walk into this...

In the most sought-after Brigadoon community, in Highland Mills NY, is situated this lovely colonial. On lush green grounds and beautiful gardens of .29 acres, this prist...

Highland Mills Handyman with Cornwall Schools. Are you an investor, contractor, or handy? Then come see this diamond in the rough. With some work this one level 2 bedroo...

Wonderful vacant lot in a developed community with CORNWALL SCHOOLS. Take in the with outstanding mountain views and builders can take advantage of near by municipal wat...

Welcome to Brigadoon! Located on the back right hand side of a quiet cul-de-sac, this immaculate well kept single family colonial was built in 2003 with original owners. ...

NEW PRICE...This is a perfect primary or "getaway home' located in Brigadoon. Set on a corner lot in a cul de sac with majestic mountain views. Well cared for custom-bu...

One of the most strategic properties to own along State Highway 32, and the only one available this close to highways, shopping, overlooking the world renowned Woodbury C...

18 Acres Property Available Together For The First Time! Calling all builders, investors, and primary users. This sale is comprised of adjacent parcels totaling 18 acres ...

Tremendous opportunity to own a live music venue and a functioning winery all on 32 acres and just minutes from Woodbury Common & I-87. Palaia Winery produces and bottles...

Come Grab this one time opportunity to finish and perfect this charming Gem!! Put all your dreams and imaginations in this home, located in prime area, close to Woodbury ...

2.18.2022 The Short sale bank has decided that guidance for marketing this property is that the list price should be raised to 359K WOW is all I could say. Come see this...

Display of MLS Data is usually deemed reliable but is NOT guaranteed accurate by the MLS. Buyers are responsible for verifying the accuracy of all information and should investigate the data themselves or retain appropriate professionals. Copyright 2023 OneKey All rights reserved.

Woodbury is a town and village in Orange County, New York, United States. The town population was 10,686 at the 2010 census.The village was incorporated in 2006 and comprises all of the town that is not part of the village of Harriman.The region was once called Woodbury Clove. It is part of the Poughkeepsie–Newburgh–Middletown, NY Metropolitan Statistical Area as well as the larger New York–Newark–Bridgeport, NY-NJ-CT-PA Combined Statistical Area. Woodbury is in the southeastern part of Orange County.

The overall crime rate in Woodbury is 52% lower than the national average.
For every 100,000 people, there are 3.92 daily crimes that occur in Woodbury.
Woodbury is safer than 70% of the cities in the United States.
In Woodbury you have a 1 in 70 chance of becoming a victim of any crime.
The number of total year over year crimes in Woodbury has decreased by 72%.