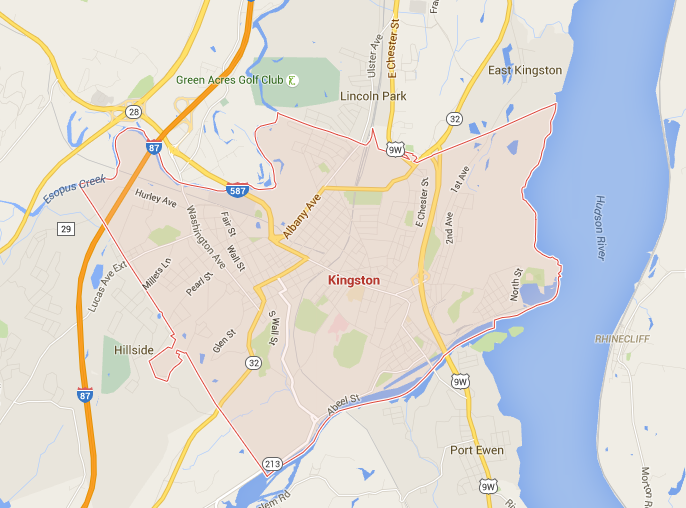 This is a proven money making business and building available for sale in the Hudson Valley along busy Route 28- the Gateway to the Catskills. These owners have built an ...

Kingston is a city in and the county seat of Ulster County, New York, United States. It is 91 miles (146 km) north of New York City and 59 miles (95 km) south of Albany. It became New York's first capital in 1777, and was burned by the British on October 13, 1777, after the Battles of Saratoga. In the 19th century, the city became an important transport hub after the discovery of natural cement in the region, and had both railroad and canal connections. Passenger rail service has since ceased, and many of the older buildings are part of three historic districts, such as the Stockade District uptown, the Midtown Neighborhood Broadway Corridor, and the Rondout-West Strand Historic District downtown.As early as 1614 the Dutch had set up a factorij (trading post) at Ponckhockie, at the junction of the Rondout Creek and the Hudson River. The first recorded permanent settler in what would become the city of Kingston, was Thomas Chambers, who came from the area of Rensselaerswyck in 1653. The place was called Esopus after the local Esopus tribe. As more settlers arrived, tensions developed between the Esopua and the Dutch, in part due to the Dutch selling alcohol to the young Esopus men.
In the spring of 1658 Peter Stuyvesant, Director-General of New Amsterdam, arrived and advised the residents that if they wished to remain they must re-locate to high ground and build a stockade. Tensions continued between the Esopus and the settlers, eventually leading to the Esopus Wars. In 1661 the settlement was granted a charter as a separate municipality; Stuyvesant named it Wiltwijck (Wiltwyck).[1] It was not until 1663 that the Dutch ended the four-year conflict with the Esopus through a coalition of Dutch settlers, Wappinger and Mohawk. Wiltwyck was one of three large Hudson River settlements in New Netherland, the other two being Beverwyck, now Albany, and New Amsterdam, now New York City. With the English seizure of New Netherland in 1664, relations between the Dutch settlers and the English soldiers garrisoned there were often strained. In 1669 Wiltwyck was renamed Kingston, in honor of the family seat of Governor Lovelace's mother.

The overall crime rate in Kingston is 5% higher than the national average.
For every 100,000 people, there are 8.54 daily crimes that occur in Kingston.
Kingston is safer than 33% of the cities in the United States.
In Kingston you have a 1 in 33 chance of becoming a victim of any crime.
The number of total year over year crimes in Kingston has decreased by 3%.