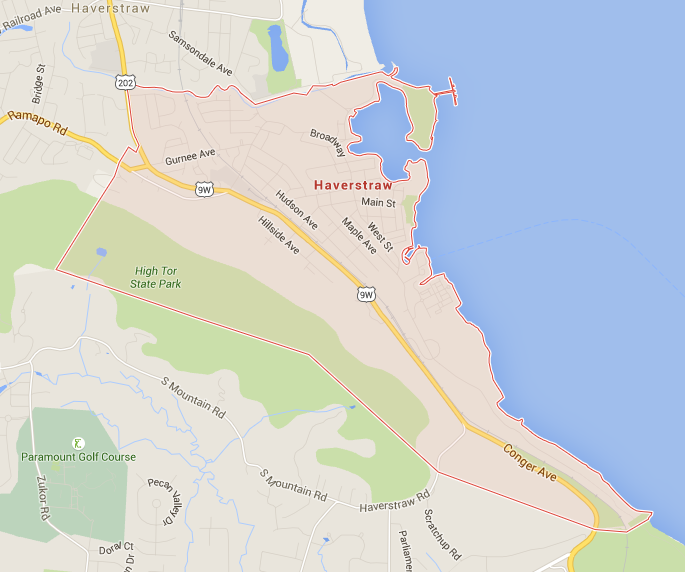 Click on the links below for more information and real estate listings for each village:

Welcome to 7 Gordon Way located in the prestigious subdivision of Terranova Hills in Garnerville, New York. Come take a private tour and witness for yourself the pride of...

Lovely Ranch! As you enter into the home, the foyer you will lead into a formal dining room for easy entertaining. Eat in Kitchen features granite counter tops, stainles...

Prime location! Located on the corner of 9w and Main st in Haverstraw NY. Building is currently vacant and available. Prefect location for Automotive Repairs, Auto Body a...

LOOK NO FURTHER! PEACEFUL LOCATION, SPECTACULAR MOUNTAIN VIEWS! THIS YOUNG CONTEMPORARY BEAUTY HAS BEEN LOVINGLY CARED FOR ON OVER 1 ACRE OF STUNNING PROPERTY! MARBLE 2 S...

COMING SOON!!! August 10, 2022- More Pictures to Come. Spacious & beautiful home with a two-story entry and skylights. The living room has a large open floor plan with a ...

A beautiful spacious colonial on a nice quiet street, featuring a large impressive foyer, vaulted ceilings, an extra room on the first floor suited for an office or a fif...

All You Have To Do is move into this immaculate, entertainment size 2 bedrooms 2.5 baths with office and loft in Crystal Hill. Livingroom with fireplace, walkout finishe...

Pomona Masterpiece! Here's your chance to acquire a magnificent light-filled 7BR Colonial in one of the most coveted locations in Pomona. Exceptional neighborhood. Exc...

In Garnerville, there is a three bedroom, two and a half bathroom, 2800 square feet raised ranch for sale. Master bedroom with master bathroom. Plenty of storage space ...

One of a kind 6,040 sqft. home situated on magnificent landscaped grounds on the beautiful mountains of Pomona. Offering tranquility and privacy. This elegant home featur...

Welcome home to this sun filled, freshly painted, 2 bedroom, 2 bath, upper level unit in Town and Country. Relax in your spacious living room that flows into the large fo...

Great investment opportunity, located in downtown Haverstraw. Building is mixed use with a village store and two 2-bedroom apartments located on the second floor. Tenants...

Great opportunity to make this house your own. Bigger than it looks, 4 bedrooms 2 baths, close to town, shopping and parks. Driveway parking and carport. This is a short ...

Calling all investors or anyone looking for that extra income. So much potential in this two story duplex featuring one updated 2 bedroom apartment and one 1 bedroom apar...

Home is where the heart is, and this adorable home makes that evident. This charming home offers a modern layout, excellent for entertaining.The main level offers an upda...

On the corner of Prospect Ave & West Railroad Ave. in Garnerville NY is a rare vacant piece of land offering a flat .19 acres (8,276 sq ft) that is IDEAL for a single or ...

The time is now to begin that maintenance-free lifestyle along the Hudson River! This pristine pet-friendly condo located in the Harbors at Haverstraw's Club Building wit...

Amazing investment opportunity! Two family home available for sale on flat property! Buy for investment or live in one apartment while you collect rent from the other. Un...

Come see this colonial with charming front porch! Enter foyer to living room with brick fireplace, formal dining room, kitchen with oak cabinets, off the kitchen is the f...

PRIME Corner location in the heart of Haverstraw, NY! This mix-use property offers both Commercial and Residential space. There are Long-term established businesses on th...

Welcome to 9 Ashwood Lane, a wonderful home... owned, occupied and maintained by its original owner. So much love and wonderful memories were made in this home and all of...

THIS CHARMING 4 BEDROOMS 2 BATHS TRI LEVEL TOWNHOUSE IS MOVE-IN READY FOR YOU!!! ON THE FIRST LEVEL YOU FIND A AMPLE BEDROOM OR COULD BE PLAYROOM, LAUNDRY ROOM AND ONE CA...

Garnerville, NY - Wonderful opportunity to own a legal two family home in a great neighborhood! Live in one unit and rent out the other or keep it as an investment prope...

A freshly renovated high ranch located at the heart of Haverstraw. No outlet to other streets so traffic is limited to residents, perfect for child play and quiet neighbo...

This is a "Great Investment Opportunity" to live in one unit and rent the other while you are living for free. This is a turn-key well maintained 2-family house ready for...

Location,Location!!!This expanded Bilevel is meticulously maintained.Newer windows and newer Kitchen.The extention to the back of the kitchen has cathedral ceiling and pa...

Great opportunity for you to own in the Harbors!!!! 4 full floors of great living! 2 Bedroom, 2.5 baths, large eat in kitchen, living room, dining area, gas firepl...

Haverstraw, where your dreams come true! Lovely side by side duplex with bedrooms upstairs and social area downstairs. Tenants have access to the yard. Beautiful style ...

Calling all investors! Fully occupied 4 family home! 2 buildings on one lot with 2 apartments in each which include 2 bedrooms and 1 full bath. In addition,you have 2 vac...

A rare opportunity to own a true multi tenanted office building with visibility located on New Main Street, the gateway into the Village of Haverstraw. Near all transport...

Hurry this will not last. Come see this great starter home. Needs some TLC. This short sale is priced right and is subject to lender 3rd party approval. Just drive by and...

Incomparable views! Listen to the sound of the water lapping while looking out across to the mountains in the distance. Even better, it's a side by side duplex so you can...

Wow! This is the home you've been waiting for! Wonderful curb appeal immediately draws your attention to this impeccably maintained home. Inviting and functional layout i...

An amazing opportunity! Boarding house with 9 single rooms and 1 single room with private bathroom. PLUS 2 separate 2 bedroom apartments that pay their own utilities. T...

BEAUTIFUL UPDATED RESTAURANT LOCATED IN A VERY BUSY STRIP MALL WITH ABOUT 15 OTHER STORES LOCATED ON BUSY ROUTE 202 IN GARNERVILLE,HURRY AND GET YOUR NEW SUCCESFUL BUSINE...

A Rare Opportunity to build your Custom Dream home on one of Pomona's prettiest no through streets, The location speaks for itself, sitting pretty in this beautiful neigh...

A Rare Opportunity to build your Custom Dream home on one of Pomona's prettiest no through streets, The location speaks for itself, sitting pretty in this beautiful neigh...

Welcome to a large, spacious, bright Colonial that was updated in 2006. Entry leads to huge & bright livingroom leading to formal dining room. On right side of entry is a...

Haverstraw is a town in Rockland County, New York, United States, located north of the Town of Clarkstown and the Town of Ramapo; east of Orange County, New York; south of the Town of Stony Point; and west of the Hudson River. The town runs from the west to the east border of the county in its northern part. The population was 36,634 at the 2010 census.The name comes from the Dutch word Haverstroo meaning "oats straw",referring to the grasslands along the river. The town contains three villages, one of which is also known as Haverstraw. Haverstraw village is the original seat of government for the town, hosting the area's historic central downtown business district and the densest population in northern Rockland County.
In 1609, the region was explored by Henry Hudson. A land purchase was made in this town in 1666 from local natives and confirmed as a patent in 1671. The region was known as Haverstroo, meaning "oat straw" in Dutch.During the American Revolution, it served as an important lookout for British activities on the Hudson. A blue-marked trail, the Long Path, may be taken 2 miles (3 km) eastward from Central Highway along the crest of South Mountain to High Tor. Halfway is Little Tor, the second highest peak on South Mountain.The town of Haverstraw was formed in 1788 while still part of Orange County, New York. Haverstraw was partitioned in 1791 to form the town of Clarkstown and the town of Ramapo and again in 1865 to form the town of Stony Point.In 1826 the town was the site of a short-lived effort to establish a Owenite colony called the Franklin Community.Underfinanced and wracked by internal dissent, the model Owenite community folded after a mere five months of operation.

The overall crime rate in Haverstraw is 34% lower than the national average.
For every 100,000 people, there are 5.39 daily crimes that occur in Haverstraw.
Haverstraw is safer than 57% of the cities in the United States.
In Haverstraw you have a 1 in 51 chance of becoming a victim of any crime.
The number of total year over year crimes in Haverstraw has decreased by 6%.